Bob's ability to hire top-notch personnel has freed him from the everyday comings and goings of the business so that he can concentrate on marketing, political aspects, and environmental issues as they pertain to our industry.  He is a former President of the Northwest Auto Trade Association (NATA).  He is also working with both Salem and Portland D.E.Q. on a program designed to minimize the impact our industry has on our environment.  Please call him for an appointment to tour our facility and see our "Closed Loop Recycling Program".

Besides work, Bob enjoys spending time with his lovely wife Cheryl, stomping grapes in their small vineyard, their horses and donkeys, and riding his Harley.

The self-anointed Salmon Slayer.  Everyone knows that you cannot provide your own nickname, it is just not done.  He is temporarily known as According to Carp.  New guy names get changed with any wisp of the wind.  He will remain the new guy until another person gets hired, and that could be years.

Kevin has been married to his wife Rose for 32+ short years, has two grown boys both of whom are at least knee deep into their 20s, and is the doting fur daddy to his prize dog, Roscoe Peco.  His passions (outside of Rose, of course) are salmon fishing, fishing for salmon, and extreme salmon fishing (in no particular order).  In fact, it is likely that he is salmon fishing as these words are being written.  Make sure to only keep your limit, Kevin.  Somewhere in there gardening fits in, due to his degree in Horticulture.  On his bucket list: driving route 66 from beginning to end.  Somehow related to his passion for fishing, his collection of Zebco fishing rods is known near and far.  Get your tickets here to view them, or check with your local Groupon.

He has been in the auto repair business for 40+ years.  His focus is coordinating the daily work flow and quality control.

Glen and his wife Linda are involved with the Sunrise Rotary and participate in a Birthday and Special Holiday Gift Program for local nursing homes.  Glen enjoys riding his motorcycle, woodworking, hunting, RVing, and is a member of the Four Corners pistol shooting team.  He is the coordinator of the Adopt a Street program for the Sunrise Rotary and AJ's. 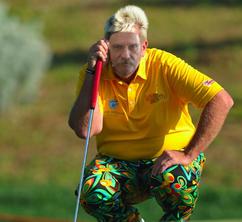 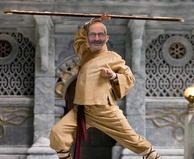 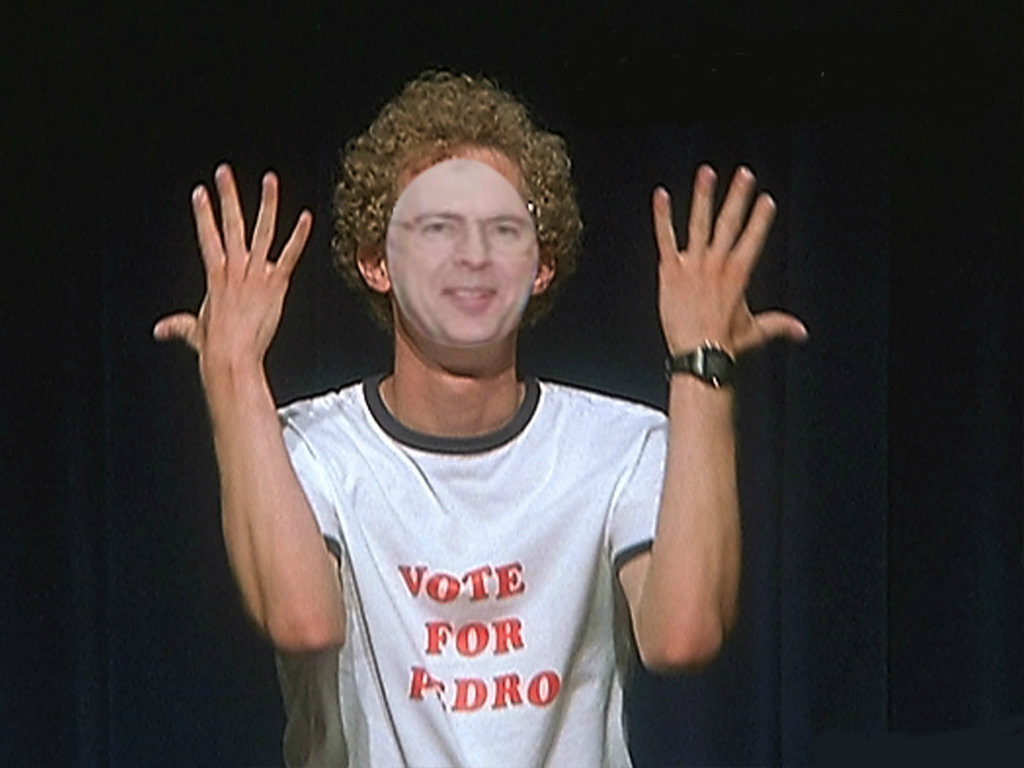 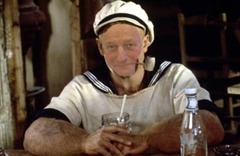 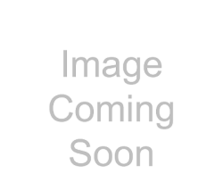 Our full service facility in Salem, Oregon provides services for your car, truck, SUV, minivan, or RV.  We are also experts in hybrids, electric cars, and classic vehicles.  Have your vehicle repaired right the first time - bring it in to AJ's Auto Repair!

"Helping to extend the life of your car"

Tony has over 40 years experience specializing in drivability, auto electric, brakes, and alignment.  He has been ASE Certified for over 30 years.  His promotion from Technician to Esitmator/Parts Locator of the Universe was a smooth transition, although not without a glitch or two.  He has been observed destroying his adding machine with a single Karate chop.  Could the fax machine be next?

Tony is a Martial Arts instructor of some renown, and likes gardening, the San Francisco 49ers (passionately), and the love of his life, Peggy.

Pedro is in charge of our physical plant maintenance, our courtesy shuttle driver, and part-time interpreter.  He keeps everything running and looking great.  His history as a millwright makes this a snap.  His ability to cook Friday feasts is unsurpassed.  He is a hardcore Oregon Duck fan who also has a fishing problem.  His obsession with IPAs befuddles us.  He recently purchased his first Chevy Truck (everybody needs a first Chevy), so he is finally discovering the joys of automotive repair.  He would probably rather use an old Chevy junker to rebuild a waste oil furnace.​

How it all started...

Bob Anderson began repairing automobiles and welding part-time for hire in a one car garage at 1492 Baxter Road S.E., Salem, Oregon.  He bought his auto parts from Mike Eastlund at a parts store that Mike managed a few blocks away.  It all started with a box of tools, a welder, and a vice mounted to a coffee table.

A few years later Bob's brother-in-law, Glen Jones, joined him when he moved from Idaho.  They rented a building and opened their first real repair facility.  This was a two bay shop, located just behind the current business.  They both worked on cars for several years with one or two helpers, until the business had grown to the point that they had to become full-time managers.

Today, there are four people in the front office, eight technicians, a service manager, maintenance person, and Bob and Glen.  Our current facility totals 18 bays, which includes a drive through motorhome lift and an in-ground dynamometer.   Please feel free to stop by with any automotive questions you may have.

Big dude, Matt is our resident Duck and computer and software guru.  He has taken our website and turned it into an award winning thing of beauty.  He is also in charge of accounts receivable.  This is a dude you DO NOT want to upset, so pay your bill if you owe us money.

When not fixing paper jams or busting kneecaps, Matt enjoys farming, being a part-time lumberjack, and just generally doing manly things that you wouldn't expect a computer nerd to do.  He also likes to build custom, closed-loop, water cooled computers with tubes and other stuff we know nothing about.  At least, he SAYS they are computers.  We think they are alien technology.

The Curly man.  With over 25 years in the auto repair industry, his versatility is extraordinary.  From Alfas to Yugos, he is the man for the job.  His ever present smile and polished noggin are perfect for gathering and reflecting ambient light where needed.

Steve likes hunting, camping, and long motorcycle rides with a lot of leather involved.  And if you drop something in the lake, Steve will scuba down and get it.  Curly's family consists of his lovely bride Laura, beautiful daughter Kiera, dutiful son Steven, and wiener dog Buddy Roo.

Matthew, known widely as Carl B Fixt due to his propensity to use redneck verbiage, is a man of mystery and danger.  If it has two wheels and an engine, he can make it go fast.  If it has four wheels and is a Mini Cooper, he can make it go faster.  This is also likely to explain his tendency to spend vast quantities of money on tools over his 13 years in the industry; he possess more sockets than common sense.  Which again probably explains all his time spent working on Mini Coopers.  Actually, we are pretty sure that he and Patrick Star from SpongeBob have a lot in common, since Patrick lives under a rock also.

Away from work, he purposely breaks things so that he can fix them...back to that common sense thing again.  His amazing wife, Katie, is rarely impressed by this.  He maintains hope that his son will break fewer things.  Child #2 is on the way, only time will tell if this one is a breaker, a fixer, or somewhere in between.  Matthew enjoys riding dirt bikes, fishing, hunting, and drinking entirely too much coffee.  On his bucket list, Matthew would like to attend the International Isle of Man Tourist Trophy Race.

Scott has over 45 years of experience in this industry.  He is ASE Certified in brakes, tune-ups, drivability issues, and air conditioning.  Scott is one of our motorhome specialists and is known near and far as "Wrench God".

In his off time, Scott likes to golf.  He and his wife, Sheri, enjoy going to NASCAR races around the country.  Their goal is to attend NASCAR races at every track in the United States.

Dan is an ASE Certified Master Automotive Technician, as well as a Certified Hybrid Technician.  He holds an Associate of Automotive Science degree from Chemeketa Community College.  He has well over 30 years experience as an automotive technician.

Dan is happily married to Princess Robyn, and they have a wonderful son, Alex.  Robyn likes to joke about her husband's propensity to give "Dan Answers", a long-winded, precise, excruciatingly complete answer to your query.  Away from work, Dan enjoys listening to music (especially Classical), gardening, high-end audio equipment, and designing and constructing speaker systems.

Malcolm is an active member of the M.S.O.M.W.S. (Men Supporting Other Men Wearing Suspenders) Support Group.  His primary role is to instruct men in the under 30 age group on proper waistband level and how suspenders can enable one to keep their pants dry in the event of a flash flood.  Malcolm is a very hard worker.  In fact, he works so hard that our commercial uniform cleaners are unable to get all of the "work" out of his uniforms, they simply have to replace them.  His love for 80s hair bands is only surpassed by his love for old, piece of junk Chevys.  Malcolm also loves fast cars (probably why he drives an early 90s Blazer).

When not strapping on his work pants, he makes good use of his personal time.  He enjoys paintball, machine work, and spending time with his lovely girlfriend and the parcel of lost children that inhabit their house.